When not channeling rock and roll demigods, Mark Hermann is a music producer, writer and guitar player. He's toured the world with genuine rock stars, produced Grammy-nominated artists and has been featured on CNN, Rolling Stone, The New York Times, Mix and Wired Magazine. Read more of his stories about how to discover your own personal legend at Rock and Roll Zen. 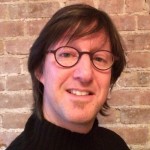 What would it be like to live forever? To become immortal (in the online sense)? Why don’t you ask Jimi…