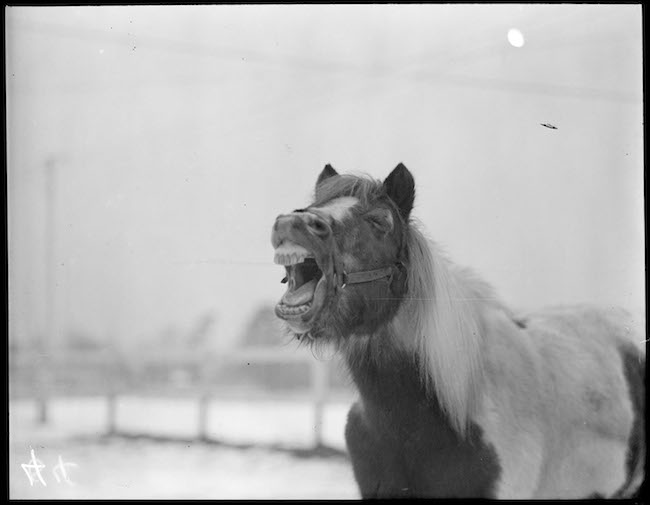 If I asked people what they wanted they would have said faster horses.

You’ve probably heard it before. (Even if Ford never actually said it.)

I know I have.

But what I’ve been realizing lately is that I haven’t really been applying the essence of it to my own writing, let alone my online business’ product creation.

My first two posts this year were about starting a blog in 2014 and then asking my audience what blogging help it wanted in 2014.

The latter had over 200 comments.

But the thing that really interested me was the fact that 95 percent of the comments on those posts were about problems my audience was having … but not what solutions they wanted. They simply didn’t know, even when I directly asked them.

Turns out that’s my job.

Think about that for a second. It makes perfect sense.

Your audience isn’t really coming to your blog because everyone already knows exactly what will solve all of their problems. If they knew that they probably wouldn’t be reading your stuff!

The reason people visit your site is because they think that you have answers. Or at least a path to get them closer to the answers.

They don’t know what they want.

It’s not about being rude

This isn’t in any way a degrading thing to say about the wonderful people who visit my website.

By understanding this audience motivation I can learn a lot more about the kind of stuff they will actually enjoy consuming.

It’s about bridging that gap

In my last post here, on why I hate Copyblogger, I spent a few paragraphs talking about why Brian Clark and the Copyblogger Media team have been so successful in this space.

It mainly comes down to understanding a need and filling it, often in anticipation of people actually realizing that they have a need at all.

Responsive WordPress themes are a perfect example of that.

StudioPress was creating those things before most of us even really knew what they were for. By the time we realized that mobile devices were taking over and that responsive was the next big thing, the StudioPress crew had already built a thriving marketplace to sell them.

No one asked them to.

No one said they needed it.

But Brian Clark and Brian Gardner knew that site owners would have that need. Especially important, they knew that the core existing audience would.

I never thought of that!

If a reader gets to the end of your article and spontaneously proclaims, “I never thought of that!” then you know you’re on to something.

In fact, it’s a really good idea to keep that in mind when you are writing and researching your articles.

The fun thing here is that in order to think up topics that elicit this response, you often have to be actively involved in your niche … experimenting, tweaking, trying, and failing with a bunch of different ideas all the time.

Often you’ll create the product because you need it yourself and it doesn’t exist yet.

That’s how the iPod came about.

The Walkman was invented because Sony’s CEO wanted to listen to music on plane rides.

Sometimes it is your job as the blogger (or the copywriter) to tell people what they need, because you understant it is filling a gap they don’t even see yet.

Why bother asking what they want if they don’t know yet?

The copy should link the person to the need

So let’s say you’ve identified a need in your marketplace and you want to create a blog post, e-course, or product to help solve it.

Well, what happens if your idea is just a little bit too left of center for your audience?

What if they actually do need the thing … but aren’t ready to accept it?

That’s where the copy comes in.

Your article or landing page should be the story or the case study that shows people why they need (and want) this particular thing. It’s the job of that text to make the introductions in a way that gets people to understand why they want it.

One of the best digital examples of this going around is Chris Ducker. His blog and podcast are incredibly high quality methods for converting people to his ideas about outsourcing and virtual assistants.

Even if you don’t think you need help, you’ll start to think twice after hearing about the successes he and others are having.

He owns companies in the Philippines that can help with all that. So not only do his blog and podcast grow his own reputation as an expert in this field, they also indirectly promote his other businesses.

I want to end this article by saying that listening to your audience and your target market does not necessarily mean asking them.

If you ask someone what they need, they might not know.

But if you listen carefully to what problems they are having, then you just might figure out what they’d really like to see from you.

Now over to you …

What have you learned by listening to your audience?

Are there any sites out there that you think are particularly adept at this?

Send me a tweet or come on over and join the discussion at Google-Plus.

Ramsay Taplin is known as The Blog Tyrant, a 25-year-old guy from Australia who has sold several websites for large sums of money and now shares his methods for growing your blog and dominating your niche. Follow him on Twitter, Google+ or sign up for his email updates.

Previous article: 3 Ways to Write a Damn Good Syllable
Next article: How to Use Internal Cliffhangers