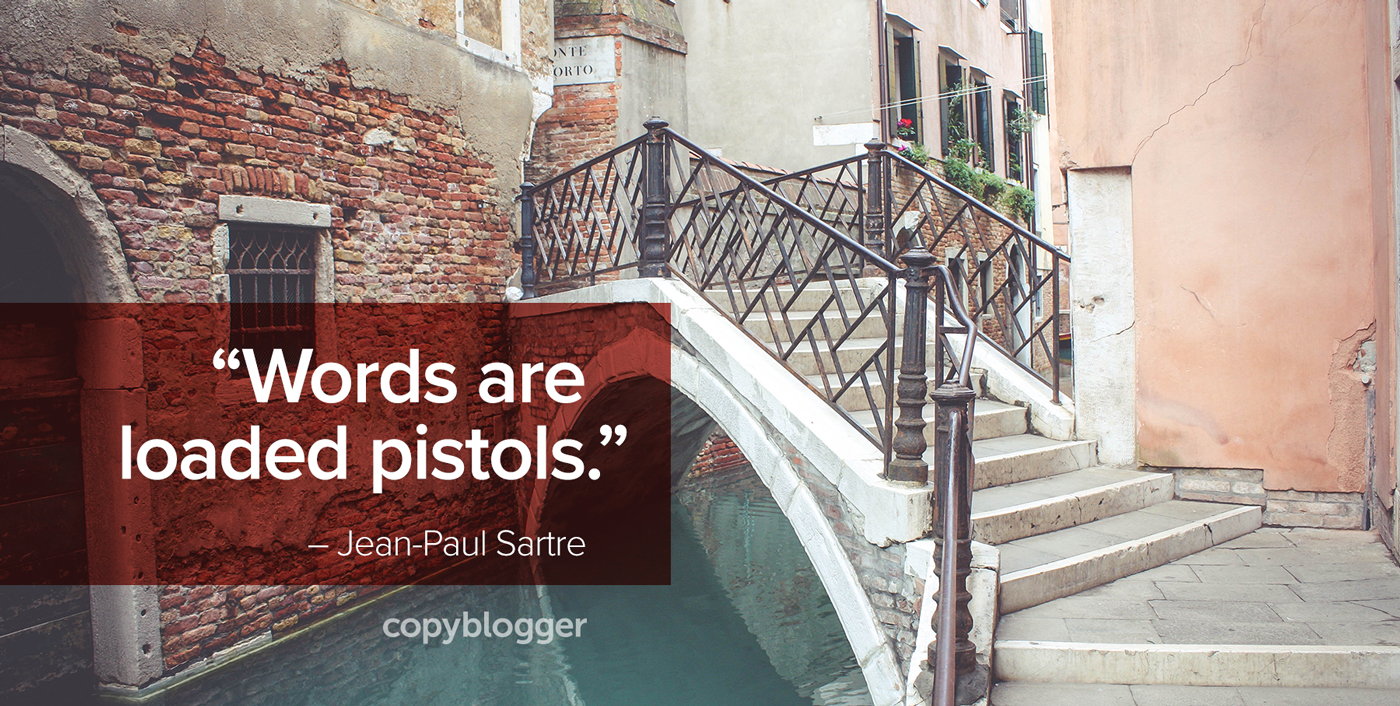 Let’s go deep for a moment.

Below the surface, not in the 20th-century French existentialist sense, but to a much more simple understanding of depth that can actually start to make things happen for your content marketing strategy … whatever it is you’re trying to do online.

As Mr. Sartre once said, “Words are loaded pistols.” I happen to believe that is a true statement. But today, without a largely invisible foundation that amplifies your words, they may as well be as impotent as an unloaded .38 Special.

Here are three simple “subterranean” lessons I’ve learned (and imperfectly used) over the years, that you’ll find might make all the difference in the visible strategy you employ out there in the world.

Take a minute to think about your favorite TV show.

It airs once a week (I’m not talking about binge-watching Netflix shows here) and in some small sense, you really look forward to it.

At the appointed time, you’ve got your setup ready on the couch or in bed, happy to just check out for an hour after a long day. You click the box on … only to find that it’s not airing tonight. It’s a rerun. Or worse, it was preempted by some “special” political event.

No question this is a first-world problem, but it’s also annoying. Maybe a better example for you would be a canceled lecture or concert, or some other live event you got tickets for that’s since been rescheduled.

You get the picture. You’re a fan, you’re looking forward to this thing, and it’s not happening at the time you expected it to.

Now multiply this scenario by two or three times … if your favorite show didn’t air as scheduled for weeks on end, you might even give up on it, or forget about it.

You need to remember that when it comes to your own media strategy … however small in comparison to cable television.

Your audience, or the people who will become part of your audience, eventually come to rely on you in small and/or large ways, depending on what you provide.

If you can’t be reliable for them, they’ll find that information, entertainment, or education elsewhere. In the blink of an eye.

Somewhere back a few years ago, Guy Kawasaki made a pretty good point.

It was about republishing content, and he said something about the fact that if you turn on the TV at any given time you’ll see cable and network channels repeating the episodes of television shows you’ve already seen over, and over, and over again.

The networks aren’t the least bit ashamed or nervous to re-air these episodes … hell, they spent hundreds of thousands or even millions of dollars producing the stuff!

They want to make sure that these shows — and the attached advertising — are seen. So, Mr. Kawasaki argues, we should do the same with our content.

On your blog, update and repost articles from your archive.

And if you don’t “rerun” old stuff, at the very least you should constantly be looking for syndication opportunities.

Does it piss you off when you see a rerun on television? Sometimes … see the “Be Consistent” section above.

But sometimes you want to watch the same thing again. Sometimes, you’re even grateful for that 3:00 p.m. Saturday airing of a “Sopranos” episode that you’ve already seen 11 times.

“Until somebody sees it seven times, they haven’t seen it at all.”

This is likely the most important point to understand and internalize as you begin to publish.

No matter how good you are — no matter how hard you work — this thing of yours is going to take time to spread. A lot of it.

There’s no shortcut here; there’s no quick way around. You’ve got to publish your stuff over a very long period of time.

The sooner you understand this, the better off you’ll be. As powerful as the internet is, there is no such thing as overnight success.

You need to start with the clear understanding that you’ll be publishing into the void — with no results at all — for at least two years.

Counterintuitive as it sounds, if you can do that, it’ll make things a lot easier for you. Sean McCabe has a good, short essay on this topic that you should read (or watch) right now.

Simple, but not easy

There’s a good chance that many of you will read this and think it’s way too simple for where you’re at. That’s fine, good luck to you, and Happy Halloween.

Looking back on my nearly 13 years posting stuff to the internet, I wish someone would have put a blog post like this in my face and made me read it.

Which is precisely why I wrote it.