The good news is, it’s easier than you might think 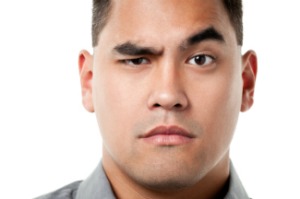 This is the one that can keep you stuck for months, years, or decades.

If you want to make progress, you’ve got to Get Off Your Ass.

You know it already, and you probably beat yourself up over it.

You know what to do, but you don’t do it.

You want to get started, but it doesn’t happen.

You’ve got the dream, but you don’t put the hours in.

First things first — let’s put to rest the myth about why it’s so hard sometimes to GOYA.

You are not lazy

Laziness doesn’t keep you from GOYA.

In the first place, I think truly lazy people are rather rare. It’s much more common that something is blocking your energy.

In the second place, people who are actually lazy can often do rather well. Rather than spend a lot of time and energy spinning their wheels, they figure out the 5% of work that will give them the most results, then they focus on that. And they get more done than lots of their earnest “hard-working” brothers and sisters who are trying a million things, but not getting anywhere.

“Lazy” is just a word we throw around to avoid looking at what clogs up our energy and keeps us from taking action. Throw it away, and start looking at more useful explanations.

As long as you keep telling yourself, “I’m lazy,” you’ll keep getting exactly what you have today. Failure to GOYA doesn’t come from some kind of personality defect. It comes from specific blocks to your natural energetic state.

This is probably the most common reason people don’t start businesses — and when they do, it’s the reason most businesses fail.

And if you don’t know any successful business owners, “running a profitable business” is pure uncharted territory.

If you don’t really believe it’s ever going to work, why would you GOYA in the first place? It makes more sense to watch TV or waste some time on Twitter.

If you never hang out with smart marketers, you don’t know how they think, how they frame questions, what kinds of actions they take every day. You have nothing to model your own behavior on.

Solution: Find role models for the kind of business you want to create. Spend as much time with those role models as you can.

If you want more customers, more energy to create a cool business, and more drive to succeed, hang out with people who have those things now.

That’s why country clubs and networking events exist. And it’s one of the big reasons we structured the Third Tribe the way we did — with 24/7 networking opportunities to connect with other successful businesspeople.

Success is contagious. Get out and put yourself somewhere you can catch it.

Energy block #2: You don’t have structures in place

Every successful person you know has little habits or rituals in place that make GOYA possible.

Others just have little private rituals they link together.

There are really just two elements to any successful productivity system.

One, figure out what you need to do next on any given project. Don’t put “Launch my e-book” on your to-do list; put “Write outline” or “Research my primary topic” or “Talk with Blogger X about a guest post to promote.”

This is why we identify specific Next Actions for you in every seminar and workshop in Third Tribe. Rather than throw big, vague ideas at you, we break them down into the next action for you to take.

When you’re planning your Next Step, it needs to be no longer than the amount of time you can work uninterrupted. Which leads us to the second key element:

Two, block out chunks of uninterruptible time to focus on your most important project.

Once you’ve identified the Next Action to take, you need to block out time on your calendar and make an unbreakable commitment to doing it.

You may start small with just five minutes a day. Consistency and focus are much more important than the raw number of hours you spend. Use a timer, and turn off all distractions (email, social media, your phone, etc.).

Gradually work up to longer periods, but for most of us, keep them to no longer than 50 minutes, then take a quick break to refresh your body and mind.

We all know there’s no such thing as “free time.”

You’ve got to fight for it. You might wake up a half hour early in the morning, stay up a half hour later at night, or (this one is often the best) use the time the rest of your family spends watching TV.

Energy block #3: You haven’t set up any accountability

Only a tiny fraction of people can GOYA all by themselves.

Most of us need to leverage the power of other people’s expectations to make it happen.

You probably don’t want to try and use your friends and family for accountability unless they’re also entrepreneurs. They’re not going to understand your particular challenges (or victories, for that matter), and they’re too likely to say, “Maybe you just aren’t cut out for this.”

Instead, get out there and find some other entrepreneurs who are at about the same level you are. Meet regularly and make commitments to getting your Next Actions completed.

You might have a face-to-face group, a weekly Skype call, a Google+ hangout — whatever works for you.

Solution: Find a group of peers who have similar goals to your own. Meet regularly to check your progress on your projects, and to hold each other accountable.

Every week, commit to a specific Next Action — then let your group know about the commitment. It doesn’t matter how big or how small the steps are. (They should usually be rather small, at least at first.) What matters is that when others are looking for the results, you’ll hold yourself more accountable.

Don’t try to do this yourself. Very few people manage it. Instead, construct an accountability structure that makes it easy to develop productive habits.

Energy block #4: You stop at the first barrier

Because of our lack of role models, we have a silly idea that progress toward our goals is supposed to move forward in a straight line.

Anything as complex as running a business — even a small side business — has side tracks, dead ends, and false starts.

So plan for that. Don’t get married to a single plan of action. Stay consistent about your eventual goal, but flexible about exactly how you’re going to get there.

Solution: Have a game plan for what happens when “Plan A” doesn’t turn out the way you thought. Who can you ask for advice on your next steps? Do you have a support network for the times when you’re feeling discouraged?

One of the reasons we have two Q&A sessions every month in Third Tribe is that new businesses need lots of course correction. We don’t want anyone to ever feel stuck and unable to figure out how to get out of that corner.

Of course, the member forums are also a fantastic resource for brainstorming your Plan B (and Plan C, D, and E if you need them). Our most successful members combine the Q&A sessions with peer support in the forums to get over those hurdles.

This is really the combination of all of the other blocks together.

Failure is scary. Even success can be scary. Reaching for a big goal has a lot of uncomfortable moments.

The more structures you have — the more positive habits you build — the less fear will be able to stop you.

All entrepreneurs feel fear. But the fear of having your own business isn’t nearly as crushing as the fear of letting someone else (like your boss, or “the economy,” or any other external factor) control your fate.

Start small, developing positive habits and a network of action-takers (not dreamers and drifters).

You’ll be amazed at the way that small, consistent progress can start to snowball into great things.

You don’t have to do it alone

We built the Tribe to help:

The only thing we’re missing is you.

We’ve had hundreds of smart businesspeople — some experienced, some brand-new — join the Tribe in this open enrollment period. If the resources I’ve described here would help you GOYA and accomplish your goals, I’d love to see you there.

I’m excited about what you’re going to build when you GOYA and make it happen.

Join us inside the Third Tribe.

If you miss open enrollment, you’ll need to wait until the next time we open to new members. I really don’t want that to happen.

Remember, if it’s not a good fit for you, there’s a full 30-day guarantee. You have nothing to lose, and a lot to win.

Click here to get all the details and get started.