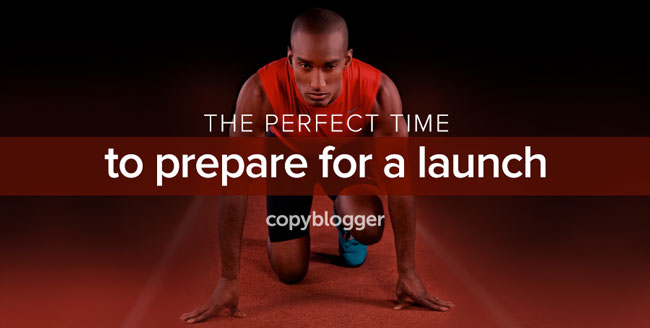 Where I live, you can tell when summer arrives.

It’s a perfect time to break out the cut-off jean shorts, steel beverage tub, and a Russian science fiction novel.

Circumstances may be different for you, but no matter where you are, the slow pace of summer is also the perfect time to prepare for a product launch.

Why prepare in the summer? And why launch a product?

First, the return of fall brings with it an eager confederacy (back from summer vacations and sleepy afternoons hiding from the heat) itching to get back to business.

And second, launching a product has probably been on your bucket list for years.

But for some of you, the idea of launching a product stirs two competing emotions in you — hope and fear. Fortunately, this post is for you.

What is an MVP?

We all fear getting started. Stepping forth into the unknown future. Taking the risk of following our dreams. This seems to be the hardest hurdle to overcome. If only there was an easy way to get started, build momentum, and keep that momentum.

There is — and it’s called a Minimum Viable Product (MVP).

Eric Ries, an entrepreneur and author of The Lean Startup, explains:

The minimum viable product is that version of a new product which allows a team to collect the maximum amount of validated learning about customers with the least effort.

And how minimal should your MVP be? Ries says: “Probably much more minimum than you think.”

Think you can handle that? I do.

Here are 10 examples of minimum viable product ideas that caught wings and flew like an angel in the sky.

Some are beyond what you and I would ever imagine or want to do — but the MVPs themselves are all within your reach. They’re a testament that you don’t need much to prove whether or not an idea will make you money.

Use these innovative ideas to help you get ready for this fall when you launch that product idea you’ve been sitting on for so long.

This could be my optimistic hope in mankind getting the best of me, but I think we all have a card game in us. Particularly one about kittens, hand grenades, magical enchiladas, and sometimes goats.

Or some variation of that theme.

Card games are a high-production product. From the art, to the game design, to manufacturing — you need to know if people are going to actually buy a card game before you dump a couple thousand dollars into it.

Not only do you want to recover your expenses, but wouldn’t it be nice to make a tidy little profit, too?

This is what makes Kickstarter an MVP nursery (or morgue, depending on your idea’s fate).

Publish a Kickstarter campaign (a video, blog post, sign-up form), and within days you can discover whether your idea has legs.

Elan Lee, The Oatmeal, and Shane Small raised more than $8 million for their “Exploding Kittens” card game idea, proving a hunch that — yes, indeed — there are a lot of people who want to play a version of Russian Roulette that involves a strap-on cheetah butt, one-thousand-year-old back hair, and detonating kittens.

One way to gauge audience interest is simply to publish a single page with a description of your idea and a sign-up form. The call to action could be:

Grockit, an online social learning game company that prepares students for standardized exams, was not satisfied with a simple name and email address form, so they elevated the MVP sign-up form.

On their page, they included the question: “Why are you interested in Grockit LSAT?” Two options were available: “I’m studying for the LSAT” or “Other” with an optional text box to explain.

As Nivi, one of the founders of Venture Hacks writes, “Most startups just gather a list of email addresses. But Grockit measures the customer’s intent: ‘Why do you want to use our product?'”

It’s a superb way to “collect the maximum amount of validated learning about customers with the least effort.”

But why stop with that one question? A little more effort and you could uncover a mountain of validation.

Leo Widrich, founder of the Buffer social media scheduling app, limited his MVP to a two-page product and then tweeted to see if people would be interested. The early version of Buffer only allowed you to schedule tweets.

Early response indicated that people would use such an app.

The next question: would they pay for such an app?

The answer was “yes” — enough people were clicking on paid options.

From there, Leo invested the time and money in what has become one of the most popular social media scheduling apps.

As of this date, it is the most-funded Kickstarter project. But there’s another reason I like this idea. The field of wearable technology is dominated by those companies with deep pockets like Apple and Google.

Launch the idea for your product as a video — and test the waters. In this case, the company behind the Pebble raised almost $20 million.

This approach also keeps you from having to get venture capital — which then allows you to keep control of your company and product.

Warning, though: you have to deliver.

But before you run off to launch a Kickstarter campaign, click around Kickended, a site dedicated to projects that got zero backers. In other words, study the losers as well as the winners.

Legend has it that Tim Ferriss wanted to title his first book Broadband and White Sand. What do you think? Winner?

As you can imagine, his publisher pushed back, and then Tim pushed back. To end the stalemate, the publisher suggested they run a few Facebook ads to test titles.

I think you know how this story ends.

But get this: The winner — The 4-Hour Work Week: Escape 9-5, Live Anywhere, and Join the New Rich — was not Tim’s favorite. But he can hardly argue with the results. An investment of a few hundred dollars saved his book from the remainder pile.

One of the least expensive ways to test a market is to see if an audience reacts to your content.

Copyblogger was built on the practice of building an audience and then asking them what they need. Indeed, that’s the story behind Copyblogger Media — a $10 million a year software company that employs nearly 50 people.

It’s a company started on the back of Brian Clark’s blog about copywriting that published twice a week. Talk about MVP.

Fortunately, it didn’t take long for people to notice, flock, and hound Brian.

In fact, in the early days, loyal readers kept asking, “When are you going to sell us something?”

And when enough people said, “I don’t care what you make, I’ll buy it” — well, I’ll let the next section tell that story.

While we’re talking about Copyblogger, it’s only fair to mention the very first product Brian Clark and Tony Clark (not related, by the way) launched.

The two decided to pitch the idea of a course about building a sustainable business by teaching something of value to an engaged audience.

They rolled out an order-early form for people to sign up, and within a week they earned nearly $200,000 — before the product even existed.

Naturally, that’s all they needed to know. And Teaching Sells was born.

The podcast as an MVP. Sounds a little strange.

But think about it: for an investment in a decent microphone (and assuming you already have a laptop with audio editing software like GarageBand for Mac or Audacity for PC) you can build an audience around audio content.

Once the audience grows — proving that people want your particular brand of audio content — you can eventually turn your podcast into a full-time opportunity.

Lou hosts the award-winning Walt Disney World Radio (it has been named Best Travel Podcast by The Podcast Awards nine years in a row) — a podcast that’s led to multiple book deals and sponsorships, allowing Lou to pursue work he loves. From a simple podcast.

Don’t get me wrong. Writing a book is hard. But compared to the effort it takes to actually start a business and get it off the ground … it’s small cakes.

And a book can change your career and life.

Michael Port is one such example. He has been on virtually every television network, and these days can be found keynoting conferences around the world on how to get booked solid or performing his one-man show, The Think Big Revolution.

Michael has written five books including Book Yourself Solid and the New York Times bestseller, The Think Big Manifesto.

You don’t have to always go the traditional publishing route, either. The ebook as a business model approach has worked for many people.

Sean D’Souza, Johnny B. Truant, Darren Rowse, and Joanna Penn have all built careers on the back of written content — particularly ebooks.

I’ve included this on my list because it’s my favorite example of an MVP.

The technical challenge of getting Dropbox off the ground was huge. In order to offer seamless file synchronization between multiple platforms like Windows, Macintosh, Android, etc., the company needed an army of engineers.

Half a century ago, a massive company would have dumped millions of dollars into the design and perfection of what was an untested product. Who knows how the market would have responded?

Not so with an MVP.

Drew Houston, the CEO and founder of Dropbox, created a simple video that demonstrated how file synchronization worked:

The video made it look like magic. And for thousands of people, the lightbulb went off.

To boot, as Ries explains in this TechCrunch article, Houston tucked a ton of Easter eggs into the video that the early adopter crowd would appreciate.

Within 24 hours, the video had over 10,000 Diggs. And Houston had the information he needed.

Don’t let Summer 2015 pass by without acting on your dream.

We all fear getting started. What you need to do is commit this summer to creating a minimum viable product — and allow the momentum to carry you toward your wildest business dreams.

Here’s How to Create and Sell Digital Information the Smarter Way:

If you’re interested in taking the next step with selling online courses, ebooks, and other digital products and services, you should check out Digital Commerce Institute.

You can get started instantly with training that shows you how to enter the $15 billion a year (and growing) online education space, plus thousands of dollars in other resources for building a digital business. Check it out here and get started building your dream business today.

Previous article: How to Sweep Away Skepticism with a Dramatic Demonstration
Next article: The Minimum Viable Paradox: How Doing Less Leads to More