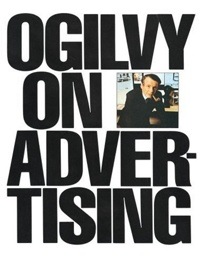 ‘Most good copywriters . . . fall into two categories. Poets. And killers. Poets see an ad as an end. Killers as a means to an end.’ If you are both killer and poet, you get rich.
~ David Ogilvy

Who knew that a dead Scottish ad guy, writing 25 years ago, would so succinctly capture what the Third Tribe was all about?

But if you’re an advertising history junkie like I am, you’re not surprised. David Ogilvy was one of the original (and great) Mad Men, with a knack for combining art and brilliantly effective commerce.

He also got really stinking rich.

Ogilvy was a masterfully persuasive (and quotable) copywriter who co-founded one of the most successful ad agencies in the world, which is still a powerhouse today.

When he made his observations about the “killer and poet,” he was speaking from direct personal experience. He was marvelously witty, but he never let a clever turn of phrase get in the way of persuading the customer. He used his own experiences as the basis for wonderfully written ads, but he also insisted on testing and measuring response to his advertising.

Ogilvy famously despised creativity for its own sake. He had no patience for advertising that won awards and praise, but made no sales.

When I write an advertisement, I don’t want you to tell me that you find it ‘creative.’ I want you to find it so interesting that you buy the product.

He also favored advertising that used real content to educate prospects, whether it be a mouthwatering Guinness Guide to Oysters or a one-page tutorial on how to remove stains with Rinso detergent.

For all Ogilvy’s famous disdain for creativity, he also recognized that intelligently applied creativity was crucial to effective advertising.

Like all great copywriters, he understood that formulas can only take you so far. Advertising breakthroughs need a poet as much as they need a killer.

Most good copywriters aren’t particularly good writers. If you are, you have the potential for a remarkable competitive advantage. Just remember that you need to marry the grace, elegance, and thoughtful novelty of your words to a well-thought-out business strategy.

You’re lucky—the strategic part is much easier to learn than the poetry bit.

The hard part for you can be accepting your inner killer. Make peace with the desire to make money (for yourself and your clients) as well as making something beautiful, and you’ll be unstoppable.

Also, did I mention rich?

You’re a direct response disciple. You’ve studied what works. You test and measure and keep your eyes open. You’re street smart. And all of that is probably serving you very well.

Where you get into trouble is thinking that talent doesn’t matter. Don’t kid yourself.

Talent is the difference between a ten thousand dollar ad and a ten million dollar ad.

Don’t scorn that forgotten poetic corner of your soul because you think it’s bad for business. Actually, it’s terrific for business.

Every human being is creative, and every human child is a poet, a singer, a musician, and an artist. The only reason you quit being all of those things is that you got scared.

So ok, killer, it’s time to face the really scary stuff. Put the work in to make your copywriting extraordinary. Put some art into your marketing. Don’t throw away all the oddball ideas. And, independent of work you get paid for, spend some time playing with language.

You and I both know it’s not about putting pretty descriptions of sunsets into your copywriting. It’s about caring about language and making the words sing.

If you want to create breakthrough work, and not just acceptable work that makes you a decent living, you need to get tough with yourself. As a killer, you should be good at that. So get going. Raise the bar.

This week on Copyblogger we’re going to dive into what makes the difference between successful freelance copywriters and those who are killing themselves just to pay a few bills. So stay tuned . . .

(Our thanks to Steve Averill for the pointer to the poet and killer quote, which appeared in the classic Ogilvy on Advertising, and is an expansion of a point made by another advertiser).

Previous article: Landing Page Makeover Clinic #17: CarsHelpingAmerica.org
Next article: Freelance Copywriting Success: How to Tie a Bow Around Your Work