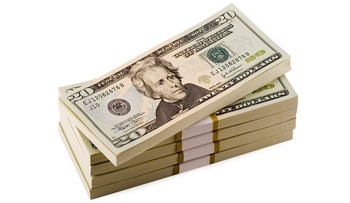 Long gone are the debates from 2004-2006 about whether making money from a blog is ok. Now, instead of “should” it’s more a question of “how.”

Ironically, the original blog monetization strategy of choice — advertisements — is the one that continues to be the most frustrating for most bloggers. I’m more convinced than ever that the traditional approach to web advertising is a bad deal for sponsors, and a terrible deal for publishers.

Last year, I quietly removed all third-party sponsors from Copyblogger. The ratio of income from those sponsors to revenue generated from my own projects, joint ventures and affiliate marketing promotions made it clear there was no reason to bother with relatively cheap sidebar spots.

Whether you want to call it a blog or not, social media content production results in an influence platform, not a passive advertising doormat. I’m not saying you can’t make money from sticking 125×125 ads in your sidebar, I’m just saying you’re walking away from the lion’s share of revenue and ignoring the bigger picture.

For many new media content producers, that’s the difference between doing this part-time and going pro. Assuming that’s your goal, you want to make the most out of the platform you’ve got.

Here are a few ways to maximize the potential of your influence platform in 2009:

As I’ve said many times, having something to sell directly to your audience is ideal. Even more ideal is to sell something your audience has told you—directly or indirectly—that they want to buy.

Many offline businesses fail in social media because they develop an audience that doesn’t necessarily want what they’re selling. From this, they incorrectly assume social media audiences won’t buy. If you have an audience but have nothing to sell, you have an advantage… you get to watch, listen and learn what your tribe wants, rather than trying to force something on them they don’t want.

The key to successful affiliate marketing is active influence. Pick a product or service that’s perfect for your audience, and one that you can stand behind 100%. Then become an advocate without becoming annoying. Smart affiliate marketers turn their vendor partners into the sponsors of their content, or into the content itself through tutorials and other educational content that communicates benefits and helps people buy.

Along the same lines, if you’re going to seek fee-based sponsors for your site, treat them like true patrons, not passive advertisers. This means you need to seek out sponsors you are genuinely passionate about, and then communicate that passion at various times to your readers, watchers, or listeners. This is where your influence platform can truly benefit a sponsor, and make it worth it to them to pay you more.

Another way to integrate a sponsor into the fabric of your platform is to create interactive promotions in which your audience participates. Whether it’s a contest or a discount or a special bundled deal, remember… what’s in it for them matters way more than what’s in it for you.

I’ve never done any network marketing, because I’m not about to harass my friends and family with the latest “opportunity.” But I’ve been watching the network marketing space online, and it seems an inevitable match for social media. Good ol’ content marketing removes the uncomfortable ickiness of personal pitching and amplifies distribution across the planet, and that’s too powerful to be ignored.

A lot of the promotional advocacy I’ve discussed in this article will cause hand wringing and teeth gnashing among traditional marketers. The mass-media model trumpeted a separation of editorial from promotional in a futile attempt at “objectivity,” and now that seems to be falling apart in the online space, especially with social media.

I’ll leave it up to you to decide if mass media was ever truly objective. But here’s the real issue to ponder.

Mass media is a historical aberration. For a short 70-odd years of human history, a relatively small group of people told us what to think and what to buy, and we were expected to passively accept it.

That’s not how things worked for thousands of years before, and that’s not how it’s going to work in the future. Clinging to the precepts of a brief period of weirdness may not be the best model to guide us, you think?

Same as it ever was.

About the Author: Brian Clark is Executive Editor of Copyblogger, and co-founder of DIY Themes and Teaching Sells. Get more from Brian on Twitter.

Previous article: 47 Ways Copyblogger Can Help You Keep Your New Year’s Resolutions
Next article: SEO Copywriters: How to Make an Extra $61,880 This Year