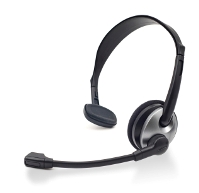 One of my favorite posts from around the web last week came from our own Associate Editor Jon Morrow. He recorded a 20-minute video post for Problogger about how he works with speech recognition software to do all of his blogging.

I do an awful lot of writing every week, and I’ve been thinking about trying speech recognition out in order to speed up the process. But like most people, I was afraid it was going to be more trouble than it was worth to get it working.

Jon’s video made me realize how simple (and inexpensive) it will be for me to make it happen.

Because it was a pretty content-rich video, a lot of folks took a quick look and bookmarked it, thinking to come back to it when they had a little more time. So what better way to spend the Friday-after-a-holiday than eating leftover turkey sandwiches and watching a great how-to post?

(If you’re not in the States, you can re-create the effect by overeating wildly today or tonight, drinking just a little too much, pounding down four desserts, having three arguments with your extended family, and then watching the video tomorrow.)

The highlights of the video for me were:

I recommend you check it out, I found it tremendously useful:

Previous article: 10 Things to Be Grateful For
Next article: Here’s Hard Data for Headlines that Spread on Twitter