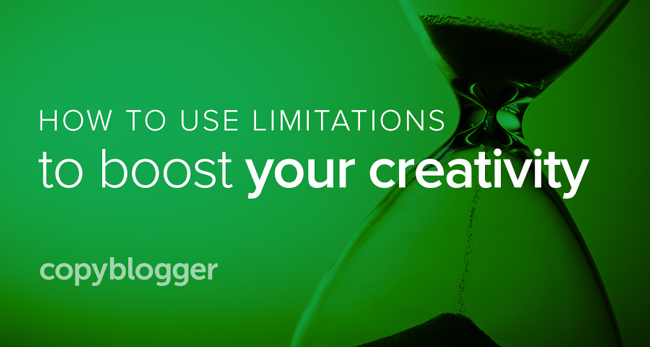 Like accumulating capital, hard work has its own momentum. If you want to master digital media, then produce it often.

Maria Popova, the woman behind Brain Pickings, publishes three substantial blog posts every weekday, typically about substantial books she reads. Each post is an elegant display of her ornate knowledge and polished creativity.

And when I was asked to host a show for our digital marketing podcast network, I immediately jumped on the opportunity. Here was a chance to organize my work, tackle a new challenge, and consistently produce a new type of digital media.

Yet — I was warned — it was essential I dismissed any optimistic notions about the quality of my show.

During a kick-off call with the rest of the Rainmaker.FM podcasters, Robert Bruce, our overlord, said, “Your first 100 shows will be crap.”

It was meant to encourage us.

Of course, my first thoughts were, “I want to reach that 100 as soon as possible. I don’t want my show to be crap.”

And the best way to do that? Produce a short, daily show.

I can’t wait that long.

But with this aggressive schedule, I had my work cut out for me. Would I pull it off or be buried beneath the workload?

There was also another potential risk I was more worried about, though: being shipwrecked by perfectionism.

How I avoid being shipwrecked by perfectionism

Driven by a fear of failure, making mistakes, and not being the best, the perfectionist in me sets unreasonably high standards, and then slaves away to reach them. Often at the cost of everything around me.

This can lead to a vicious cycle of frustration when those standards aren’t met. Not to mention, exhausting my resources to the point of diminishing returns.

So, here’s how I decided to avoid that trap. To deliver four, short monologues each week, I would need to maintain a strict schedule.

That’s roughly 12 hours a week, or three hours per show. For the most part I honor those boundaries, even though they are artificial.

See, on top of Rough Draft, I still have to write a weekly article for Copyblogger, research and record The Lede with Jerod Morris, and carry out many other behind-the-curtains responsibilities.

In other words, I can’t get hung up on one episode, so I need artificial constraints to help guide my workflow. Plus, there are six other beautiful advantages to setting these sorts of boundaries.

Let me show you.

1. They help you avoid burnout

Artificial constraints keep perfectionism from eating away at you, so you avoid hitting the wall.

I hate hitting the wall.

I hate that feeling of not wanting to get out of bed — of a sore mouth from grinding your teeth in your sleep. I hate snapping at those around me for the smallest indiscretion.

So, in my situation, when 12:00 p.m. rolls around, I have to start wrapping up my podcast work. I simply work on each episode until it’s good enough, and then ship.

Of course, I could have refused to host a show, but I felt I could manage the workload. But this does mean I have to say “no” to other things. That keeps my life in balance and maintains the joy of the effort. Which is a beautiful thing.

By the way, think you are close to a work meltdown? Take this 45-question quiz to find out.

2. They allow you to get enough rest

Some writers claim to work every day of the week. Including holidays. I can’t do that.

As I mentioned on Kelton Reid’s podcast, The Writer Files, I typically don’t write on the weekends. I need that sabbatical, that fallow period, to rest my mind and let it wander because there is a limit to what the conscious mind can process.

The thing is, this is often when I solve some of my knottiest problems. The solutions come when my mind is not engaged in mental work, but distracted by physical play, manual labor, or long runs.

The same effect can happen while you’re working and simply get up to use the restroom, get a snack, or pick up your mail.

3. They apply pressure to perform

As Brooklyn-based designer Damien Correll said, “Constraints usually make me think in a different way than I would maybe naturally think.” One artificial constraint he imposes on projects is limiting himself to one particular color on the palette.

4. They give you a chance to forgive yourself

I listen to one episode of my show at least four times — after it is published. Not because I’m egotistical, but because I’m evaluating my work. I’m listening for mistakes.

For instance, about a week ago I went back and listened to all the episodes I have published so far, and I discovered something horrifying: I kept saying the word “right.” As in, “This is a podcast, right? One that you listen to, right?”

So I put a sticky note on my laptop with the word “right” crossed out.

I can’t go back and change those past episodes, but when I come across a mistake, I can: groan, make a note to correct it, shrug, and move on. Imperfection is okay.

So, forgive yourself, note how you can improve next time, and move on. There is much work to be done.

5. They present an opportunity for you to redeem yourself

In addition, artificial constraints give you the chance to redeem yourself.

As I mentioned above, I’ve listened to a half-dozen episodes of my show thinking, “That sucks.” But instead of allowing the perfectionistic pessimist in me to feel like a failure, I say, “As long as you are hosting this show, each episode is a second chance at doing it better. Another chance at the plate.”

And because my show runs four days a week, I have four opportunities each week. And of course, more opportunities for redemption provide more chances to improve.

At first, my aggressive schedule was difficult. I was all over the place. But over time, and with momentum, the execution became easy as I started to master the fundamentals.

This reminds me of something Henry Rollins said in an interview with Brian Clark. Henry said that if you just keep at it, slowly loading more on your shoulders over time, one day you look up and realize you actually can work an 18-hour day.

Not that 18-hour days should be routine, but it can be done. You are capable of more than you once thought. I think that’s a beautiful lesson to learn.

And finally, let me close with this: When you have that kind of momentum, the ideas accumulate, too.

In fact, at times, you almost wish the ideas would stop because you just don’t have enough time. But I would rather have more ideas than less. Wouldn’t you?

So, how have you used artificial constraints to improve your creativity and life?

Previous article: 5 Easily Avoidable Mistakes That Cause Most Podcasts to Fail
Next article: Master These 10 Print Magazine Tips to Create Irresistible Online Content