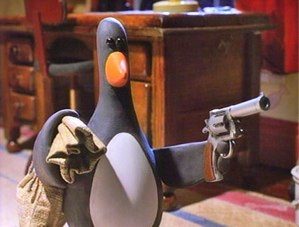 You probably know about Google’s “Panda” update last year, which created a major shift in which sites ranked well on Google’s search results pages and which didn’t.

Now there’s the latest update called “Penguin” (what is it with the cute animal names?) that has the internet buzzing again.

Just like with previous updates, some sites have been smacked so hard they’re seeing stars. Others are actually doing better.

So how about your site? Is this something you should be worried about, or need to re-optimize your content for?

Today we’re going to talk about why you should not fear the Penguin. And if it did bite you in the backside, we’ll talk about the strategies you can move to so future updates are much less likely to give you headaches.

For the most part, Penguin is simply automating work that the Google search quality team was already doing manually.

Were you doing something tricky to cloak your keywords, or participating in dodgy link exchanges? Before, Google had a quiet army of employees out scouring the web to look for spammy practices like this.

Many SEO researchers actually thought this work was automated already, because the Google team was so diligent. (They only looked like a robot army …)

Now Google’s algorithms have at least partly caught up with their manual work. Which means they’re just getting a little better at catching what was already “against the rules.”

One of the specific targets of Penguin is what’s called “overoptimization.”

That means search optimization that’s a little too perfect. When 99% of the links to you are using your preferred keyword term as anchor text, for example.

(One of our goals with Scribe is to get you to that Goldilocks “Just Right” level … using your term often enough so the search engine can figure it out, without overdoing it.)

It’s still fine to include keywords that are related to your term. So if your keyword is contract attorney, you might squash in dozens of references in to contract law, contract lawyer, negotiate contracts, etc.

There’s a very simple test to see if you’ve overdone this:

Read your content out loud and see if it will make sense to a human reader.

If it’s useful and “sounds right” to a person, it’s unlikely to trigger any red flags with the search engines, today or tomorrow. That’s the key to good SEO copywriting, and it always will be.

Why you should love the Penguin

Updates like Panda and Penguin exist to weed out the bad actors who are using scripts and other practices to make poor-quality content rank better than it should.

That means they’re getting rid of the content that ranks purely because it was optimized by a clever SEO — but that isn’t actually useful to human readers.

And what does that make room for?

It makes room for your content. Written to be useful and shareable for real people in the real world, not robots or scripts.

Serving a real purpose for readers by educating them, informing them, and keeping their attention with good writing.

Search engine updates will tend to clear out the clutter and allow your content to find the audience it deserves.

(Why am I so confident about your content? Because you read Copyblogger. If you wanted to write thin, spammy, second-rate content, you’d be reading someone else.)

Your best defense against Google or Bing/Yahoo updates is to write excellent content, then promote it naturally and without too many automated shortcuts.

If you write well, in a way that both people and Google love, you will rank well. And no Google update has ever altered that.

How are you holding up in the Update Wars?

How about your sites? Have Panda and Penguin been kind, or cruel? We would love to know, so let us know in the comments. And be sure to include your website in the box so we can check it out.

Image from the glorious Aardman Animation film The Wrong Trousers