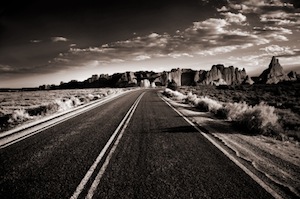 Who else is sick and tired of so-called gurus telling you making money online is easy, and all you have to do is follow a few simple steps to become a millionaire?

You know it’s not that easy.

You’ve tried building an online business, and you’ve experienced for yourself how tough it is.

As such, anyone who starts by flashing paychecks and testimonials and all the normal gimmickry immediately loses credibility with you. Not because it’s fake (necessarily), but because it’s not the whole story.

Nobody ever answers those questions. And until someone is willing to cowboy up and spill the beans, you’re just not listening.

Most people who catch the entrepreneurial bug fall into one of two categories.

They either have an idea nobody else has thought of, and they think they’ve stumbled across a gold mine, or they have an idea that’s not original in the slightest, and they’re depressed because there’s too much competition.

Both are suffering from delusions.

The first group is delusional because they think a lack of competition is a good sign. Once upon a time, that may have been true, but the Web has matured, and for the most part, all of the profitable niches have somebody serving them.

Nowadays, if you can’t find any competitors, then 99 times out of 100, there is a fatal flaw with your idea and you haven’t discovered it yet. It’s a hard pill to swallow, but it’s true.

The second type of entrepreneur is delusional because they think competition is a bad sign. A bit pessimistically, they assume there isn’t any room for them, and if they try to enter the same niche, they’ll get crushed by the hardened veterans already occupying it.

But it’s not true. You can compete in any niche if you’re a good marketer, and the best part about seeing a crowded niche is you know there’s money in it.

If you don’t, you’ll never be successful. At least not for long.

Too bad it’s a fairytale.

Yes, there are traffic strategies you can use to get traffic without paying money for it, but that doesn’t mean it’s free. You still have to pay for it. You just use a different currency:

Strategies like blogging and SEO and video marketing can indeed help you get all the customers you want without spending a dime to get them. Instead though, you’ll invest hundreds or maybe even thousands of hours of your time.

Of course, maybe you don’t care. Maybe you have more time than you do money, and so you’re happy to invest it into building an online business. That’s the exact situation I was in about three years ago, and honestly, it was all worth it.

But I wish somebody would have told me up front how much time it would be.

In my opinion, the absolute minimum is 10 hours per week, and at that rate, it’ll take you six months or more to start seeing any results. The faster you want to go, the more time (or money) you have to invest.

You pick which it’s going to be.

You want to know the worst part about doing business online?

If you want to build an online business, you’ll have to learn about WordPress and web hosts and domain names and FTP and security and hundreds of other little technical details. Worse, you don’t just need to learn about each of them individually. You have to learn how they all interact together.

And it changes. Constantly.

You might say, “Well, I’ll just hire somebody to do that for me,” and that is an option. Sites like eLance and oDesk have made legions of technical people readily available at a comparatively affordable price.

But it also means being dependent.

When you want to put up a new site, change something, fix a problem, whatever, you can’t do it yourself. You have to wait for someone else, and when you’re depending on a freelancer, you might wait for days, costing you thousands of dollars in opportunity costs.

In my opinion, you have to learn at least the basics, or you’ll never survive. You can pick up most of it in a single weekend if you have the right collection of study materials, and you can pick up the rest here and there as you go along.

No matter which route you decide to take though, technology will always be a problem. And unless you’re a techie by nature, you’ll come to hate it.

So, you’re one of the few people with a good idea. You’ve built a website. Surprise, surprise, you’re even getting a nice little trickle of traffic.

Now all you have to do is put up a link to something for sale, and visitors will buy it, right?

Online, people are paranoid. If they’ve never heard of you, they automatically assume you’re a scam artist, and they approach everything you say with skepticism.

So, you have to let them get to know you. You have to prove you’re an upstanding business person. You even have to convince them you have their best interests at heart. (You do, don’t you?)

And that takes time.

These days, smart marketers don’t drive traffic to a website and immediately expect to make a sale. Instead, they offer visitors an incentive to get on their email list, and then they send them great content at regular intervals to build a relationship with them over time.

Honestly, it’s a lot of work, but the upside is, after a couple of years of nurturing your mailing list, you have hundreds or maybe even thousands of people who trust you and will buy pretty much any product you release. Guard that trust, and it can sustain your business for years.

But if you’re a stranger?

You don’t have a chance in hell. It’s as simple as that.

Finally we come to the harshest truth of all:

Only a tiny, tiny percentage of online entrepreneurs ever become millionaires.

Yes, it happens, but not very often. I would guess less than 1% ever make it that far.

Does that mean you should quit?

I don’t think so. While the vast majority of online entrepreneurs never become millionaires, a fair number of smart, hard-working people do make a pretty good living online.

No, they can’t buy their own island, but they can put their kids through school. They live in a nice house. They go on regular vacations, usually toting along their laptop so they can keep the business up and running while they’re gone.

Many of them are service providers of some sort. Some are information publishers. Still others sell physical products. They’re like any other business owners, really. They just get most of their customers online.

Again, they’re not getting super rich. At the end of the year, maybe they take home 100K. Maybe not even that much.

But they’re fine with it.

Granted, the entrepreneurial life does come with its own set of challenges, but most people who succeed are more than happy with the trade-offs. I know I am.

Of course, becoming successful is the hard part

Probably 90% or more of the people who try building an online business never even make a single dollar.

The truth is, building an online business is a lot like constructing a huge jigsaw puzzle. Unless you can see the picture on the front of the box, you’ll end up fumbling around for years trying to figure out how all the pieces fit together. I sure did, and most of the other successful entrepreneurs I know did too.

And honestly, that sucks.

There’s nothing anyone can do to change the five harsh realities I’ve outlined in this post. No matter how much you want to, you can’t survive online without learning how to compete, generating a steady stream of traffic, mastering at least the basics of technology, and building a relationship with your customers.

But fumbling around in the dark, trying to figure out how it all fits together?

We can do something about that, by God, and no I’m not talking about some expensive course that underdelivers or something, either.

On Monday, Johnny Truant and I are getting together and holding a webinar where we give you the picture on the front of the puzzle box.

You don’t have to pay us for it. All you have to do is show up.

That cool with you?

Here’s what to do next

Lots of people are trying to figure this whole online thing out, and so we need to make sure they find out about this webinar. So, tweet the post, share it on Facebook, email it to your friends and family.

After that, click here to register for the webinar. We only have 1000 seats, and this post is going out to around 170,000 people. You want to make sure you claim your seat.

We will have a recording, assuming there are no technical glitches (see what I said about being a slave to technology?). The only way you can get the recording though is to register for the webinar, so go ahead and sign up whether you can attend or not.

If you have any questions you’d like Johnny and I to answer live, go ahead and leave them as a comment here on this post, too.

We’ll try to craft the presentation around some of the most common questions we get, so that way everyone is getting exactly what they need to move forward.

All righty then. We’ll talk to you soon.

About the Author: Jon Morrow is Associate Editor of Copyblogger. He is selflessly sacrificing his byline link in an effort to get you on the webinar. If you haven’t registered yet, stop procrastinating and click here.