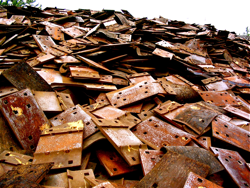 Book burning, for example, is a primitive and terrible art. It’s been going on since before Gutenberg set that first type into his revolutionary machine.

In Ray Bradbury’s incomparable Fahrenheit 451, we see a cautionary tale of censorship, power unchecked, and the capricious human heart. He imagined a horrific world where the great works of literature, theology, and philosophy had all but disappeared thanks to books being banned and burned en masse.

Outside of that totalitarian scenario, having obvious enemies can often work out well for ideas.

James Joyce’s demanding novel Ulysses was banned in the UK and the United States. It went on to become one of the most sought-after books of its time, ranked with the 100 Best English Language Novels of the 20th Century, and a single first-edition selling at auction in 2009 for £275,000.

German theologian Martin Luther published radical ideas about the Roman Catholic Church, and got his work collected and publicly burned for his trouble. The burnings only stoked the imagination and intellect of the people of 16th century Europe, which gave birth to the Protestant Reformation.

For you, a less obvious enemy is the one you need to guard your ideas against.

What would you do if the government censored your ideas? With some form of access to the Internet, odds are it would take you no more than 15 minutes to figure out a workaround. As John Gillmore famously said and the WikiLeaks drama illustrates,

The Net interprets censorship as damage and routes around it.

But that doesn’t mean you’re off the hook.

There’s an even more horrible danger today. Something that brings with it no best-selling side effect that those good old book burnings could produce.

We are in the thick of what Bradbury hinted at in 1951, his heinous vision brought to brilliant life, with no need for flames or jackboots or razor wire …

There is more than one way to burn a book. ~ Ray Bradbury

What is this unspeakable danger?

We live in a world of inexhaustible choice.

We have censored ourselves by creating and wading into an immeasurable and bottomless sea of possibility.

We can find, download, read, listen to, and archive almost anything we desire. That freedom, though wonderful, has left us largely apathetic.

It has buried many great ideas.

We have taken this pill willingly, happily even.

Those flickering literary bonfires now long for the good old days. They realize, poor bastards, that we don’t need them anymore.

The new (and old) way out of obscurity

We’re talking about your ideas here, your business.

This is your livelihood.

If someone put your business on a bonfire, you’d fight. And you shouldn’t lie down and wait as your ideas disappear into the flames of obscurity.

That weird, whispering, voice-in-the-sky that haunted Ray Kinsella in the dreamy fields of Iowa has created two decades of entrepreneurial confusion …

If you build it, they won’t necessarily come.

You could spend several months (and years) mastering the craft of writing, and applying it to your business.

You could work hard to build and grow an asset that one day works almost effortlessly toward your goals.

You could show up every day and become a trusted teacher, entertainer, and friend.

You could harness this sea of possibility that obscures so many great ideas, to bring yours before the world.

You could approach your marketing with the same intensity of Bradbury’s exiled intellectuals who gave their entire lives to the service, memorization, and promulgation of a single book.

Previous article: How Your Prospect’s Brain Becomes Your Secret Persuasion Partner
Next article: How to Stop Marketing (And What to Do Instead)