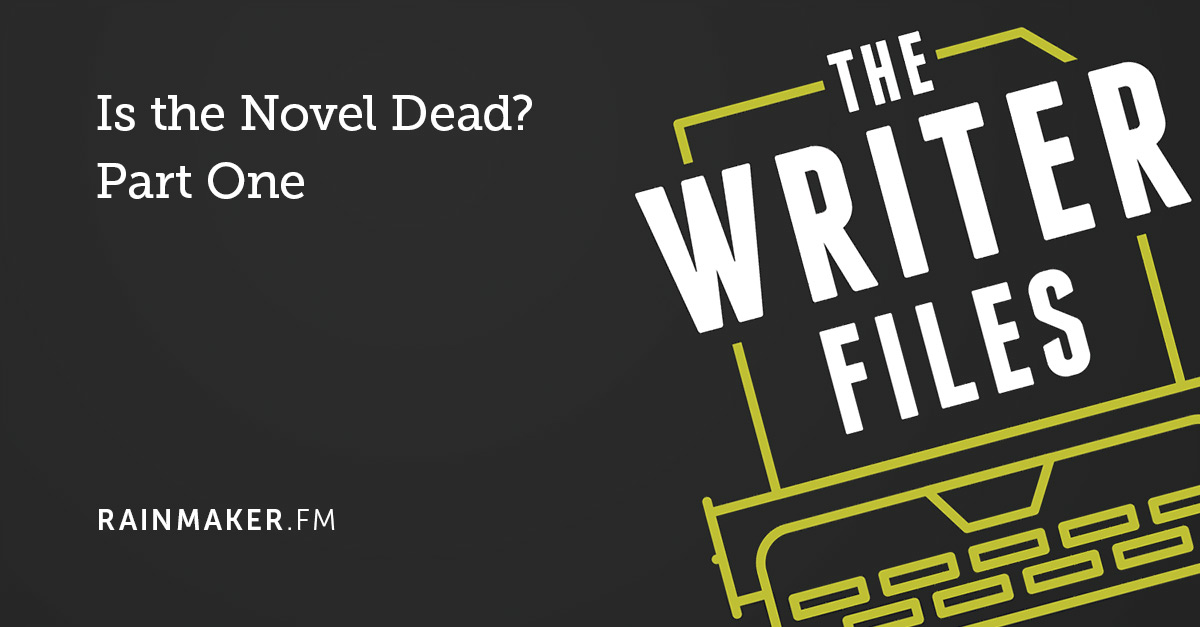 In this special edition of the show, two writers joined me to opine the death of one of the most influential forms in the history of the written word. I posed the question that many great writers have pondered stretching across the last two centuries …

Is the novel dead? And maybe a more up-to-date version of that question is, did the internet kill books?

Of course these are famous — almost cliché — theoretical discussions that writers often chew on over stiff drinks, and they raise hackles for those of us who adore them.

What you won’t find here is a highbrow literary dissertation, or even a very strict definition as to what the novel is or isn’t. But you will find a lively discussion between friends who care about the writing life and its future.

Robert Bruce is a writer, voice actor, and copywriter, as well as the Vice President of Rainmaker Digital and the guy who runs the Rainmaker FM podcast network.

Adam Skolnick is an award-winning journalist, author, and a returning guest on the show. His first book, One Breath, was published by Crown last January, and his work has appeared in publications including Playboy, The New York Times, and many others.

If you’re a fan of The Writer Files, please click subscribe to automatically see new interviews as soon as they’re published.

In Part One of the file Robert, Adam, and I discuss: