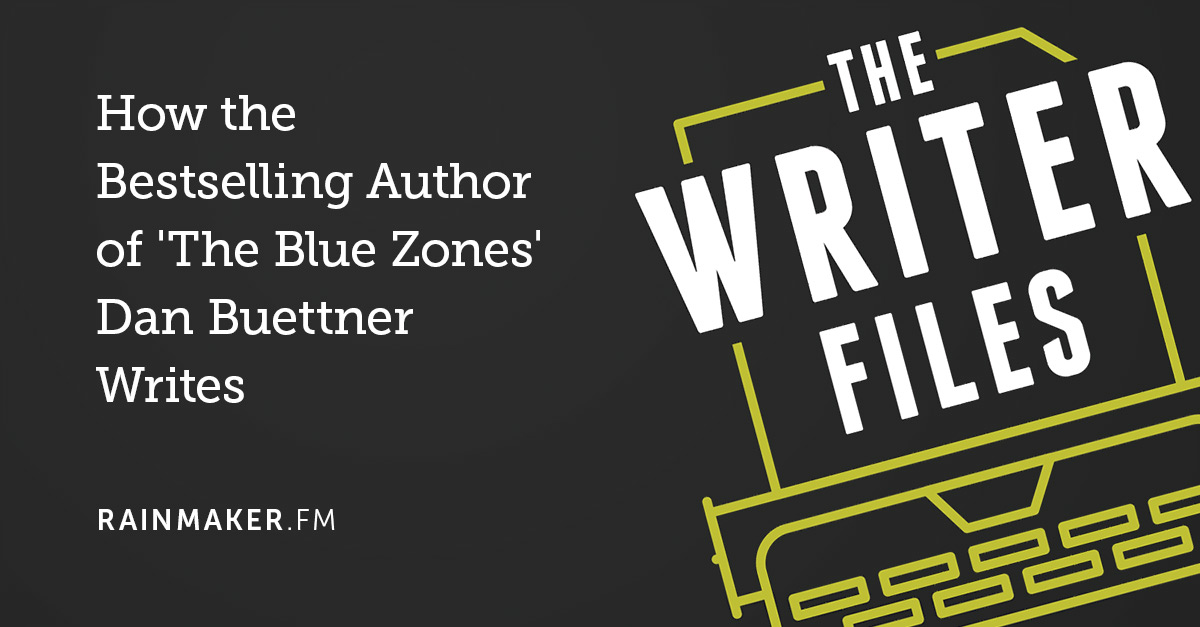 The multiple New York Times bestselling author of The Blue Zones books and National Geographic Fellow, Dan Buettner, dropped by the show to talk about his world travels, life-saving longevity research, and some fantastic advice for writers.

The author is an internationally recognized explorer who discovered five places in the world — called Blue Zones — where humans live the longest and healthiest, and his 2005 National Geographic cover story “The Secrets of Living Longer” was a finalist for a National Magazine Award.

Based on his Blue Zones work, Dan founded a company of the same name to share “the world’s best practices in longevity and well-being” and has helped to successfully raise life expectancy in American cities including both Minnesota and Los Angeles.

Mr. Buettner has been featured on Real Time with Bill Maher, CNN, the Late Show with David Letterman, Good Morning America, and the TODAY Show to discuss his research.

His TED talk “How to live to be 100+” has been viewed almost 2.9 million times, and he has given more than 500 keynote speeches over the last 10 years.

In this file Dan Buettner and I discuss:

Previous article: The 4 Pillars Every Online Business Is Built On
Next article: On Making Choices and Finding New Solutions: Let It Be Easy