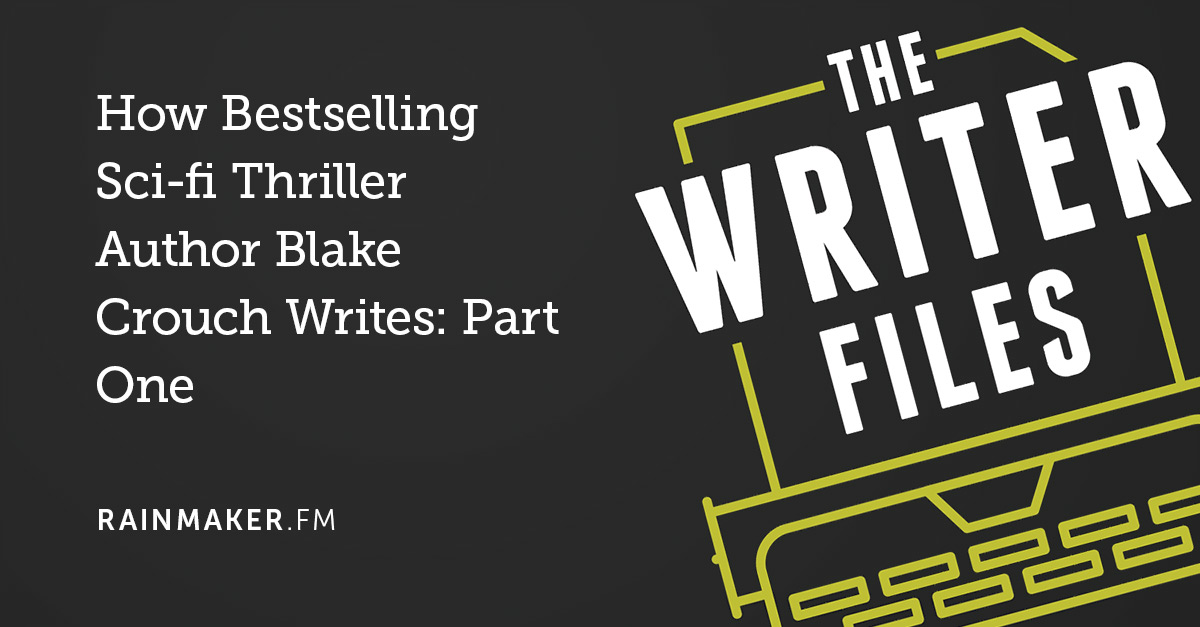 International bestselling sci-fi and thriller novelist and screenwriter Blake Crouch took time out from his busy schedule to talk to me about his mind-bending new book Dark Matter and adapting his work for both film and TV.

The hybrid author has penned more than a dozen novels that have been translated into more than 30 languages, and his short fiction has appeared in numerous publications.

In addition to having his Wayward Pines trilogy adapted into a #1 hit TV show by FOX, Blake wrote the screenplay for his latest novel, Dark Matter, for Sony Pictures. He also recently co-created Good Behavior, a TNT show based on his novellas, starring Michelle Dockery (set to premiere November 15, 2016).

His novel Dark Matter was described by the NY Times as an, “… alternate-universe science fiction …. countdown thriller in which the hero must accomplish an impossible task,” and bestselling sci-fi author Andy Weir called it, “An exciting, ingeniously plotted adventure about love, regret, and quantum superposition.”

In Part One of this file Blake Crouch and I discuss: