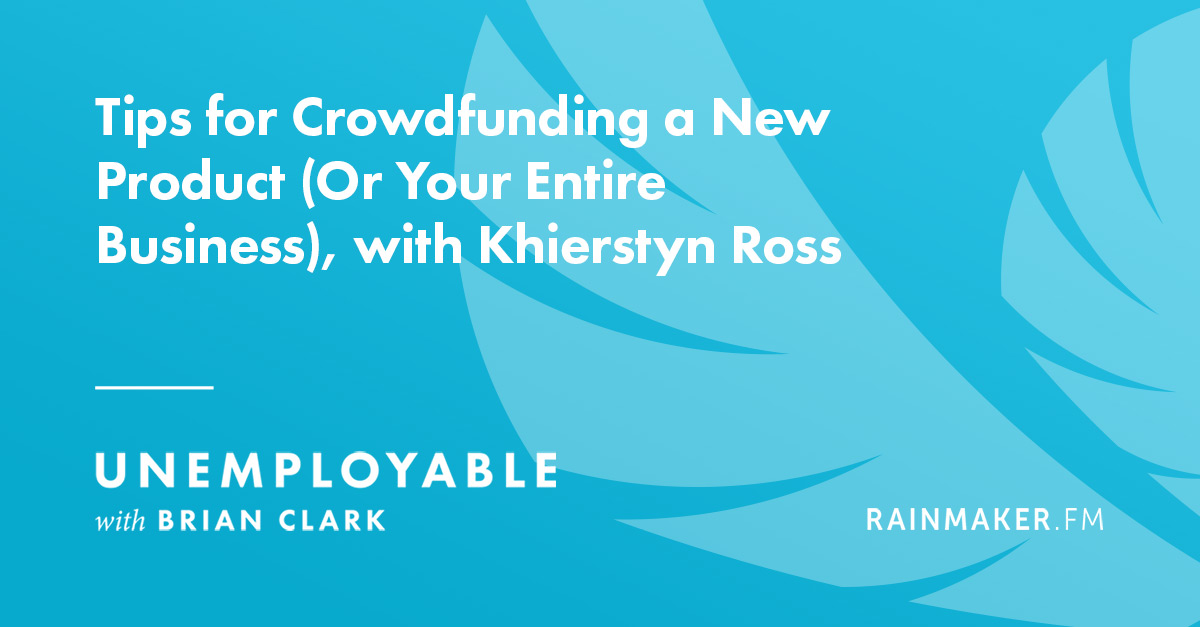 As you likely know, crowdfunding is a way to raise money for a project or venture by pulling contributions from a large number of people, usually online. In 2015 alone, crowdfunding generated an estimated over $34 billion (USD) worldwide.

You may not know, however, that the first instance of online crowdfunding dates way back to 1997, when fans underwrote an entire U.S. tour for the British rock group Marillion — raising $60,000 in donations via a fan-based internet campaign.

Even I developed our first product by selling something that didn’t yet exist in 2007 — going from zero to six figures in a week — almost two years before Kickstarter was founded. Both are examples of how having an existing audience is the key ingredient for getting people to invest in your ideas.

Now we do have Kickstarter, Indigogo, GoFundMe, and scores of niche crowdfunding platforms. This leads people to make the mistake that these platforms provide the audience, and entrepreneurs just bring that great idea.

Nope, same as it ever was — your existing audience is still crucial to amplify the benefits of a crowdfunding platform, and your audience must be developed first. Today we’re chatting with Khierstyn Ross, who helps entrepreneurs start early, putting into place the necessary ingredients for a successful crowdfunding campaign, and she happily shares her expertise with the Unemployable audience.

Previous article: A More Tasteful Alternative to Self-promotion: Practice in Public
Next article: 7 Bad Writing Habits You Learned in School