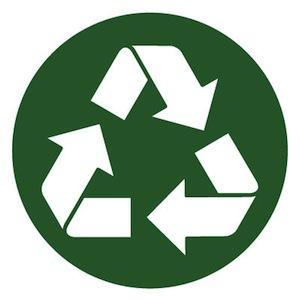 Here’s something you might not know about your audience: They’re willing to pay for something that’s available for free.

Sounds weird, doesn’t it? Given the option between paying nothing and paying, let’s say, a dollar for the same product, some people voluntarily choose the paid version.

But it’s true. In fact, that’s exactly what recently happened to a colleague of mine. He’d been playing around with creating and publishing ebooks on Kindle, and just for fun he packaged one of his lengthier and more popular blog posts as an ebook.

He didn’t launch the ebook. He didn’t draw much attention to it. He crafted a great title, stuck a 99 cent price tag on it, and threw it up on his site just for the heck of it.

That lengthier, popular blog post? It’s still on his blog. Available free of charge, right in the archive. You could Google it right now and find it.

So why on earth would people pay money for the ebook version, for the exact same content in another format? Two reasons …

A new audience: Many of the Kindle buyers aren’t aware that this content is available free on his blog, and it sounds interesting enough to pay for. They’re an entirely new audience … which, incidentally, means they’re worth a lot more than that .99.

Convenience: Even for those who already read the blog and remember the post, they don’t want to have to go looking to find it again.

They want it right now, and in an easy-to-read format. They like being able to take it on a plane or to the dentist’s office. The convenience alone is worth a dollar to them.

That means if you’ve ever created content that someone found useful, interesting, or funny enough to read again, odds are pretty good that it’s worth a dollar for them to be able to lay their hands on it easily.

What does this mean for the creation of paid products?

There’s been a lot written lately about content recycling.

Compiling some of your best, most related work together into a single guide is a great strategy, and you can probably create a worthy information product by doing so.

It’s not going to be effortless, though.

You’ll need to create new material to fill in the gaps. You’ll have to smooth out the flow, and edit and refine the piece so it comes together logically. You’ll have to package and launch the product when it’s all done.

Or, you can use what you already have going for you.

The problem of “free”

A little while ago, many blogs considered offering paid content, but the backlash from readers was intense. Readers didn’t want to pay for content from a resource they’d come to think of as free.

This was annoying for bloggers, but understandable from the reader’s point of view. It’d be a bit like if the public restroom at your local park suddenly started charging a quarter for you to use it.

Does it inconvenience you much? No. Is it worth the quarter when your toddler is dancing from foot to foot? You bet.

But you used to be able to use that restroom any time you pleased, no charge, and it’s not fun to have to pay for something that used to be free. And if there’s another public restroom two doors over that doesn’t charge a quarter, you’re going to use that one.

So most bloggers kept offering free content for that reason. Change is hard, there’s lots of resistance, and most blogs didn’t want to give readers a barrier to becoming fans of their work.

Reasonable. But you know where readers are used to paying for content?

On the Amazon Kindle store and in Apple’s iBookstore.

Because the same content that isn’t worth a dollar to read on your blog is completely worth it to own in ebook form.

Is it really that easy?

It is, but with a few caveats.

First, you’ll have to get familiar with Amazon’s rules (including some rules on which publishing program you can use if your content appears free in another venue). The easiest way to do that is to read this comprehensive article on Kindle publishing.

The second is probably the more important point to keep in mind. My colleague’s original post got a lot of traffic. It had a compelling title. It was great content and motivated the heck out of everyone who read it. So when he put it in ebook form, people loved it even when they had no idea who he was.

For example, if you have a post about how to choose a quality ecommerce shopping cart for your site, and you know it’s stellar, go right ahead. Put that up there. People will buy it, because some of the people who go to Amazon look specifically for ebooks on just that.

Could they find the same information on your blog? Yes. Yes, they could. But that’s not where they’re looking.

And who are you to tell them they’re looking in the wrong place?

Make the most of these new readers

Be smart about this. Don’t settle for .99 — use the new format to build your audience.

Put a bio at the end of your ebook. Put in a link to your blog (or even better, to a really good autoresponder). If they like what you’ve written in the ebook, they’re going to like the rest of your content. At best, you’ll get new readers, conversions, and clients out of the deal.

At worst, you’ll get a bit of money for the hard work you poured into creating the content. And I’m sure you deserve that.

If you want to train for better writing skills (and a better business), check out the Damn Fine Words writing course. Designed to bring you business results and brought to you by professional writer James Chartrand of Men with Pens, it's guaranteed to help you reach your goals. Click here learn more now.

Editor's note: The links to James's course are affiliate links. We're proud to help James get the word out about her course, which is terrific.

Previous article: Chris Garrett Joins Copyblogger Media as VP of Educational Content
Next article: How to Locate and Define Benefits that Turn Prospects into Buyers