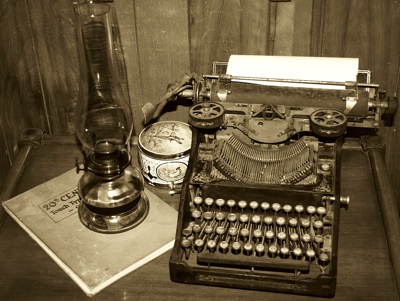 Fresh out of college, I landed a job writing one-page sell sheets for a marketing company for $50 each. On a rare excellent day, I might do as many as two of these.

Soon after, I found a freelance gig that would pay me $300 per article I wrote for an inter-organizational newsletter. I got to interview people for that one. It was more work, but better money.

Eventually, I hooked up with a pretty big industry magazine and was being paid $1300 for 2000-word feature articles. That was the big money.

Magazine pay doesn’t go much higher until you get into the really big-name publications. I could often get two of those assignments at a time, but I needed to coordinate and interview around ten people for each article, so doing two in a month was a hell of a task.

Today, I’m doing much better in my writing career. Since I started blogging, I’ve written hundreds of posts, both for myself and for other blogs. I don’t have to interview people anymore, so it goes much faster and I can write much more. The combined total I’ve been paid for all of those posts (including what I’ve been paid for writing sales copy, promotional emails, and so on) is zero dollars. And really, it pays the bills better than my magazine writing ever did.

How to make “not getting paid” pay off

I just recorded a call with Copyblogger Associate Editor Jon Morrow entitled “How We Make $2000 per Guest Post,” and the funny thing about that call was that I’d had the idea to write the post you’re currently reading before Jon came up with the hook for the call. I guess great minds think alike.

See, newbie online entrepreneurs often want to “make money blogging,” and seasoned writers often come to the internet to expand their freelance businesses by doing online what they do offline: selling words for dollars. Both of those approaches assume a straight line between composing paragraphs and getting a check, but that straight line hasn’t reflected my experience in the blogosphere (and I’m in good company).

To put it succinctly, I don’t make money writing. I make money through a business, and that business does its marketing almost exclusively through writing.

Writing for me is a means to an end. It’s a way to gain exposure, gain popularity and authority, and build trust. Once you have enough exposure, trust, and authority with your audience, they’ll consider buying products and services from you if what you offer them is good. The cool part? It almost doesn’t matter which category or niche those products or services fall into.

Need a fancy term to make it legit? Call it content marketing.

Notice that I’ve used the very specific noun “stuff” to describe what you’re able to sell to a well-matched, receptive audience with enough of those preceding magic ingredients.

Want to sell hats? Then write enough, in places where people who like hats congregate, to become a popular and trustworthy personality who happens to sell hats. Or makes hats. Or wears interesting hats. Or at least likes hats, and talks about hats a lot.

Your audience has to be willing to pay for hats, but if they are, they’re going to buy from someone. If your writing has put you in front of them, and made you popular and trustworthy, they’ll buy from you. It works for just about anything.

This is all about thinking outside of the nine dots. I came to the blogosphere as a humorist, but what I found was that people wouldn’t pay for humor. So what could I do with my funny writing? Why, sell consulting and website services, of course.

I remember asking my readers at the time, “Can I be the funny guy who writes about business, and also build websites somehow?”

Give what attracts, sell what people want to buy

And the answer was apparently that yes, I could write humorously about business — and tattoos, and unschooling, and The Matrix — and build a large readership who seemed to like and trust me. And at that point, I could offer websites. And consulting. And info products. And likely waffles. If those folks needed a site and/or were hungry, they’d work with me rather than finding their website guy or waffle house on Google.

When Jon and I did that call about making $2000 per guest post, what we meant was that guest posting is our primary (almost our exclusive) marketing strategy, and that on average, each post — each performance in front of a blog audience to build trust and exposure — resulted in around $2000 of income. That’s income that was created through writing, but wasn’t income we received for completing a writing assignment.

You want to be a writer? Well, don’t confine your thinking to the obvious example of putting words together for pay. There’s a whole world of ways out there to make money as a writer… and the interesting part is that most of them mean you’ll be writing for free.

About the Author: Johnny B. Truant is apparently a writer or something and is one of the two guys behind The Charlie and Johnny Jam Sessions. If you’d like personal help on getting paid to write for free, he’s got you covered.

Previous article: Social Media Marketing Insight from 21 Smart People (And Me, Too)
Next article: How To Write Eye-Catching Headlines that Transform Browsers into Buyers