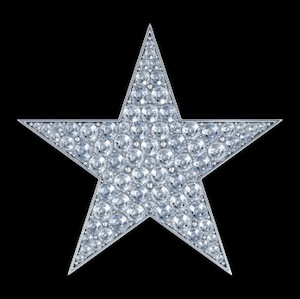 It isn’t hard to write about something you hate.

What’s hard is to do it well.

Hello, my name is Julien Smith, and I have a sickness — I’m absolutely obsessed with 1-star Amazon reviews.

It started with reviews of my book, Trust Agents, but it has since developed into a full-blown addiction.

Now I can’t stop reading them. I seek them out. I even bookmark them.

But here’s the thing: much as they can hurt, those 1-star reviews have made me a better writer. In fact, I suspect it’s one reason I’ve gotten good at writing about things I hate.

Now, you too can learn from 1-star reviews. 🙂 I’ve even packaged a few of them here for your convenience.

These reviews are from books of friends (who I know won’t be offended), but you can definitely seek out your own anytime. In fact, I highly recommend learning from those who offend you.

Sometimes, they offend because what they say is true. Other times, they’re just haters. Either way, it’s an entertaining and educational experience.

“This book cured my insomnia.”

[Trust Agents] is “like reading Dostoyevsky’s Crime and Punishment while munching stale meat” might be the best thing I’ve heard in a long time. It is like the most epic forgotten line from a modern version of Dante’s Inferno.

We could only hope to write something so great. I love this review, even though it’s about me.

Lesson: Go big or go home. People don’t want to hear how bad it is — they want to hear you compare it to the Hindenburg disaster.

In moderation, hyperbole works. Don’t be afraid to tell them how you really feel, especially when there are so many other things competing for your attention.

This review for Gary Vee’s Crush It! might be my favorite headline I’ve read this year. It made me laugh out loud even though it’s totally gratuitous.

Lesson: The other night I was at my father’s house and a copy of The Power of Now was sitting there on the table, so I picked it up and read about six pages before realizing that it was utter crap.

Yet, as Eckhart Tolle himself points out, millions of others have had their life transformed by what he does.

Look, if what you write works, there will be haters out there, and they can be vocal.

You need to accept this and move on.

In fact, you can polarize on purpose to create these people. It can be good. Better that than bore everyone to death.

More power to Gary, and to you, if you can do this.

“Never heard of Google? Then this book is for you!”

My friend Mitch sent me this book review, which included this great sentence. It does something amazing, which is pretty subtle, but important to know. Check it out.

Lesson: This reviewer uses an amazing sales technique which basically forces you to to agree with him. Everyone’s heard of Google, so obviously this book is for idiots! Well, not exactly.

Good salesmen know that a little yes (especially one as easy as this) can start you on a series of bigger and bigger agreements. It’s like mental sleight of hand to get you to agree.

The way he implicates you in his thinking is a kind of cold reading that works so well, most people don’t know it’s even happening to them.

Why you should learn to write from things you hate

I had a friend named Mike in the early days of podcasting.

I didn’t understand him very well. I saw him as an alarmist. He often got upset about the company we worked for, when I saw no reason to be upset. It bothered me that he was always freaking out about nothing.

But I learned something.

Mike was right, and I began to see his anger as an early warning signal. It was a kind of canary in the coal mine for what would eventually happen.

Something amazing happens when you decide to turn off your jealousy, your insecurities, and your judgement.

Why does a review make you laugh?

Why does it persuade you?

Or why does it make you angry?

Has your writing ever been criticized? Mine sure has, more than once. I happen to be sensitive as hell about it and you probably are too.

But that doesn’t mean you shouldn’t listen.

The web brings you closer to those who agree with you and further away from dissenting viewpoints. Therefore, in order to grow, you must actually seek them out.

Why you should seek to polarize

As Gary Vaynerchuk wrote in his new book, the Thank You Economy, you must play to the edges to get any traction on the web.

But that isn’t the only reason — it’s also because it will make your detractors come out — those who disagree with your opinion, find you offensive, or just outright hate you. You will get these people to take notice, to comment or write elsewhere, and then you will pay attention to them.

Then, and only then, will you hear the things you need to hear.

Whether you listen, afterwards, is up to you.

Julien Smith is the New York Times bestselling author of Trust Agents, with Chris Brogan. Subscribe to his blog In Over Your Head to learn to be more awesome and productive, one day at a time.

Previous article: Why Nobody Cares About Your Content (and What to Do About It)
Next article: How to Build WordPress Landing Pages That Work