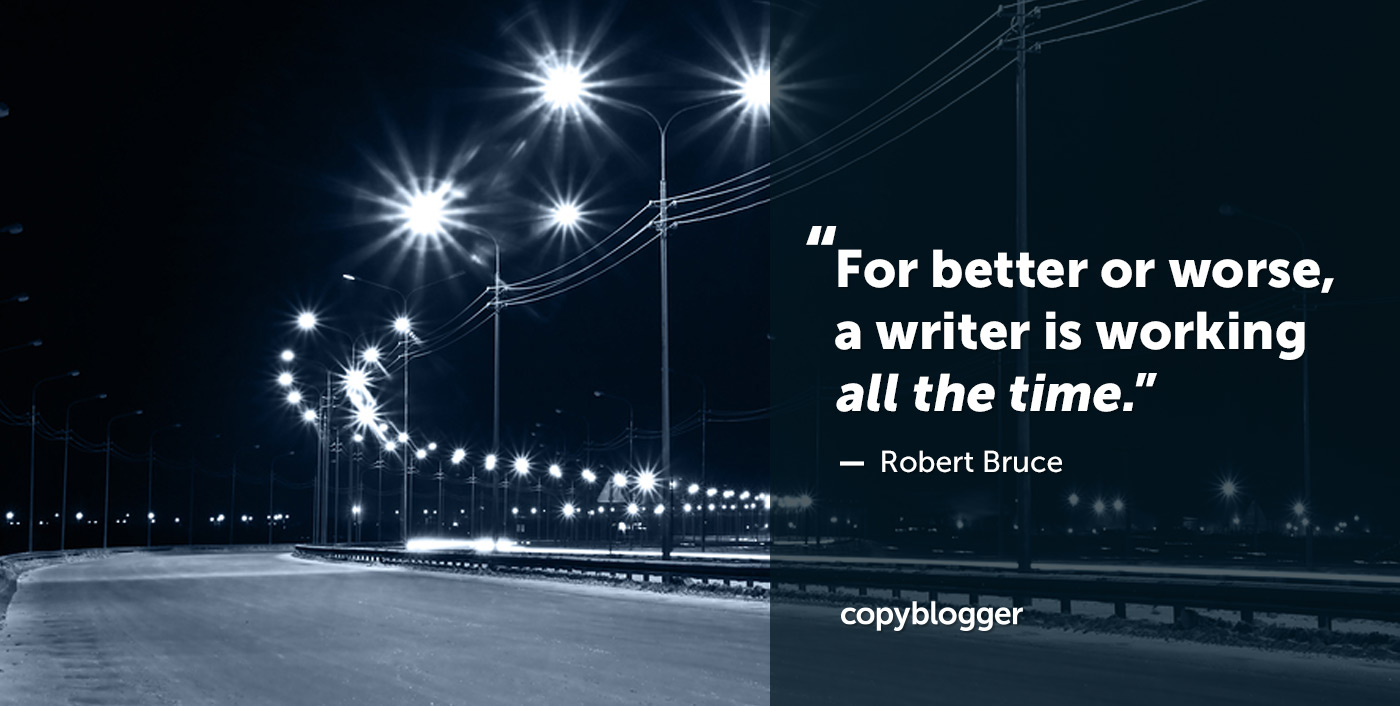 Every writer who has ever lived has lusted after ideas.

Where are they, how do I get them, and how do I keep them coming?

If you’ve been writing long enough, you know that — like Solomon — there is nothing new under the sun.

Try as you might to sweat them out of your head or pull them gently from the stars above, there are no new ideas.

But the page is not going to write itself, is it? Where then do we turn for ideas that work, ideas that move, ideas that persuade?

The moment you free yourself from The Cult of Originality, you realize that original ideas do not come from within.

They are given to us, from without.

A writer should not look inside, but outside, at external sources, stories, events, and emotions.

If you’re offended that I’d suggest you “steal” ideas, please get over it. You’re already a thief — you just don’t know it.

Here are two of the most significant idea repositories on Earth …

1. The modern media is a torrent of ideas

In this information age, you have absolutely no reason to “draw a blank.”

What used to take days and weeks to research and learn, can take us mere moments.

In fact, the only problem we have now is finding trusted curators. We need to develop self-discipline and discernment in seeking out correct information from reliable sources.

There is no drought of ideas.

“You have more computing power in your pocket than it took to send men to the moon. What are you doing with it?”

Are you wasting it or harnessing it? You don’t need to go to the moon; the crossroads will do just fine.

It’s all there, right in your pocket, waiting to be compiled and analyzed. And it’s actually more than you’ll ever need.

2. People will give you exactly what you’re looking for

Ideas are walking around everywhere out there.

Eugene Schwartz once told a story about a copywriting job he was working on.

He met with the client and asked him to start talking about the product. They ended up sitting together for four hours — the client talking, and Schwartz simply listening and taking notes.

Later that night, while he was waiting for his wife to get ready for a night out in Manhattan, Schwartz sat down and wrote the ad.

He said about 70 percent of the finished copy was his client’s own words.

The headline itself was a phrase the client had hit on, word for word.

He waited two weeks, mailed the ad to the client, and they both made a lot of money.

You might think this was some kind of dirty trick on Schwartz’s part, but you’d be wrong.

Schwartz knew how to write a powerful direct response ad. The client didn’t.

Schwartz was smart enough to know that the client knew (in this case) his own product better than he ever could, and simply translated that knowledge and passion onto paper.

The ideas were sitting in the client’s head and Schwartz knew exactly what to do with them.

For better or worse, a writer is working all the time.

Phone calls with friends, the plumber, your spouse, your child, your boss, your client, your neighbor — they are all constantly giving you ideas.

They are all constantly telling you what they — and the entire world — truly want.

It’s all grist for the mill.

All you need to do is … listen.

Eugene Schwartz summed this up for me perfectly:

I stole this post from him, and he stole it from many others.

The Art of Finding Ideas is then … the act of going out and finding ideas.

Robert Bruce files unusually short stories to the Internet daily, from an undisclosed location near you. Good luck ...

Previous article: Why Your Prospect Chooses Your Competitor
Next article: Life After Copyblogger for Sonia Simone